Is a mask necessary when exercising outdoors?

Is a mask necessary when exercising outdoors?

U.S. Surgeon General Jerome Adams makes a simple face mask out of a T-shirt.  The government now suggests Americans wear face masks while out in public to slow spread of coronavirus.  As the U.S. enters week who-knows-what of the coronavirus pandemic and states slowly begin rolling back stay-at-home orders, more people are starting to venture out of their homes. Greenways, bike paths and hiking trails are no exception. The U.S. Centers for Disease Control and Prevention recommends wearing a mask in public, but what’s the rule for outdoor exercise?  Is wearing a face covering
during a run necessary? Folsom CA health coaches are divided.  Where and under what circumstances people need to wear a mask during outdoor exercise weighs heavily on your environment and health conditions.

According to the CDC, everyone should “wear cloth face coverings when leaving their homes, regardless of whether they have fever or symptoms of
COVID-19.”  The federal agency doesn’t, however, get into what that means for your daily run.

Alex McDonald, a family physician and former pro triathlete, told The Guardian that “more viral shedding” can occur when we exercise thanks to those deep, hard breaths — “especially if exercising outside where the wind can blow and dissipate the virus.”

That means people should do more than keep their distance, they should double it, NPR reported. “The greater volume and rate of breathing that occurs during exercise has the risk of spreading droplets farther,” Dr. Ben Levine, a professor of Medicine and Cardiology at the University of Texas Southwestern Medical Center in Dallas, told NPR.  There’s no data to back that up, but he said “I think it’s reasonable [to increase social distancing] based on the known changes in breathing during exercise.” According to the Today show, those who decide to work out outside should be aware of their surroundings — and plan ahead.

“It’s really an issue of whether you’re socially distanced or not,” Dr. Richard Martinello, associate professor of infectious diseases at Yale School of Medicine in Connecticut, told Today.  “Let’s say you’re going for a jog, and you’re by yourself, and you’re running in areas where there’s nobody else.  Then you’re appropriately socially distanced the whole time, and a mask isn’t going to be helpful.”  But if people know they’re going to be in a crowded area or likely to run into crowds, he said they should wear a mask.  They can also bring it with them to put on “if you find yourself in a circumstance where you’re unable to social distance,” Martinello told Today.

IS IT SAFE TO WEAR ONE WHILE EXERCISING?

Is it physically possible to wear a mask while working out?  What about all that heavy breathing?  According to CNET, yes.

Grayson Wickham, a physical therapist and certified strength and conditioning specialist, told the media outlet “most people can perform
every and all exercises” while wearing one. They should, however, be careful of getting lightheaded or dizzy and experiencing “numbness or tingling and shortness of breath,” he said.  “Someone that has an underlying respiratory condition that is on the more severe side will want to exercise indoors without a face mask,” Wickham said. So while it’s probably safe not to wear a mask when exercising outdoors, the New York Times reported, it might be best to do so anyways — in part to “reassure people with whom you share paths or sidewalks while running.” 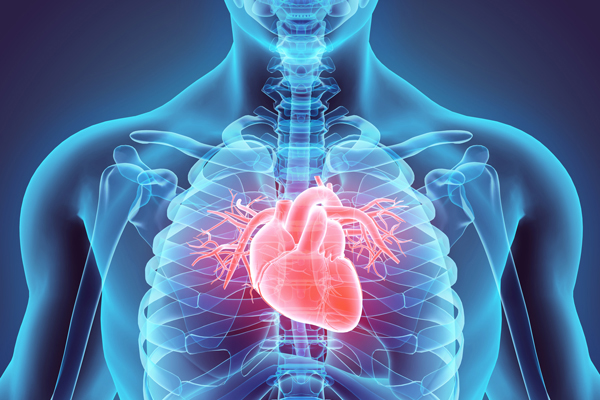